The Philippines was struck by a series of earthquakes in Mindanao, the countries southernmost group of islands, in October 2019.

With magnitudes reaching over 6.5, communities were devastated with many children, families, communities and schools needing aid and assistance. 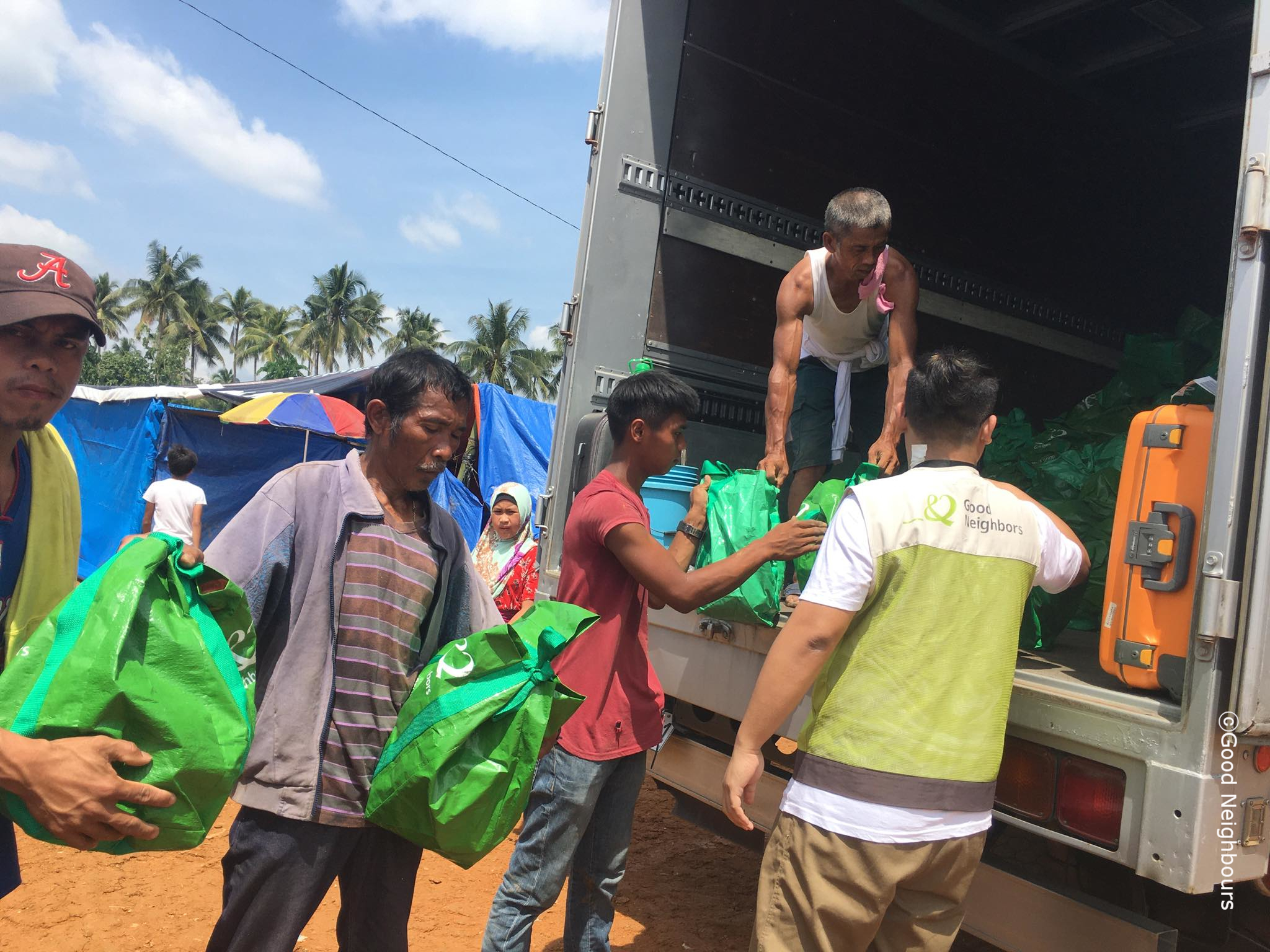 Good Neighbours distributed hygiene kits to the 10,000 victims within the earthquake-stricken area in the province of North Cotabato, Philippines. Due to the overwhelming number of people affected and the geographical extent of the damage, the distribution and support lasted for 2 weeks.

Good Neighbours extends its gratitude to the Local Government of Makilala, North Cotabato and the Barangay local government units for supporting and coordinating with the organisation in its emergency response and development efforts.