In commemoration of the 30th anniversary of the adoption of the UN Convention on the Rights of the Child, Good Neighbours Mongolia launched a campaign to deliver a resolution to the Mongolian government on the theme of “Children can affect government policy” from 10-20 November 2019.

Mongolia joined the UN Convention on the Rights of the Child, but many children are still unprotected because of a lack of national and social interest in child protection. Even though 37% of Mongolian population is under the age of 18. 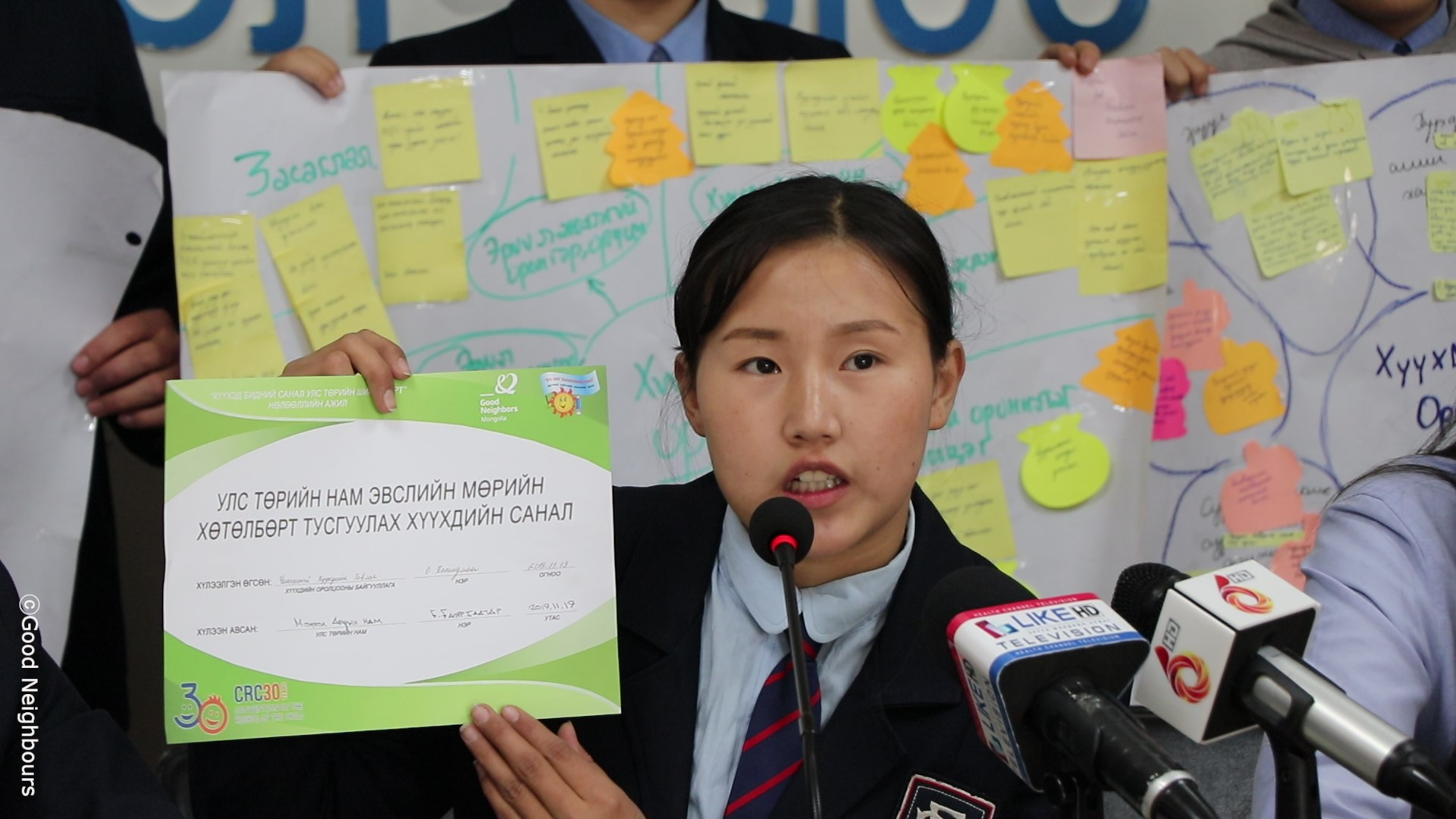 During the campaign, the Children’s Participation Committee wrote a letter and a commemorating essay which was handed over to the MPs in 15 parties in order to raise their voice on the protection of children’s rights.

At the same time, eight schools in Ulaanbaatar handed over a written resolution to the MPs to protect the rights of children in Mongolia collecting 3,500 children’s thoughts. O.Bus-winner said, one of the MPs who received the resolution, “Thousands of children will be delighted by this. This is not just a child’s problem, it affects the whole of society. We will do our best to review the resolution and reflect it back into practical policy.” 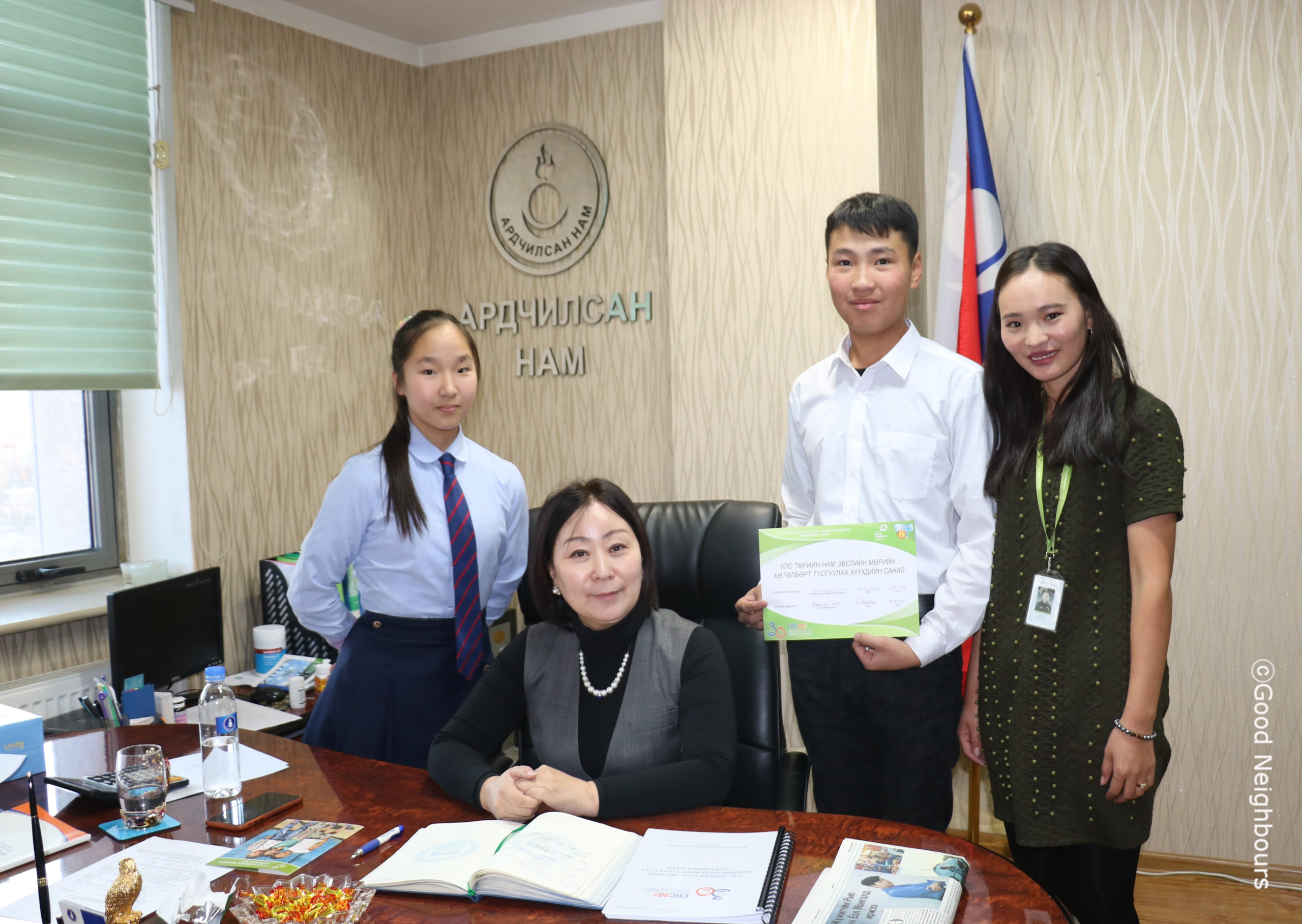 The Children’s Participation Committee had a press conference and featured on a TV talk show to deliver various children’s thoughts with the public. They hope that the government listens to them and implements the protection of child rights. U.Ulzheyupe, the representative of Children’s Participation Committee, said “We’ve tried to address the issue of child rights to the government and we will continue to protect the rights of thousands of children in Mongolia.” 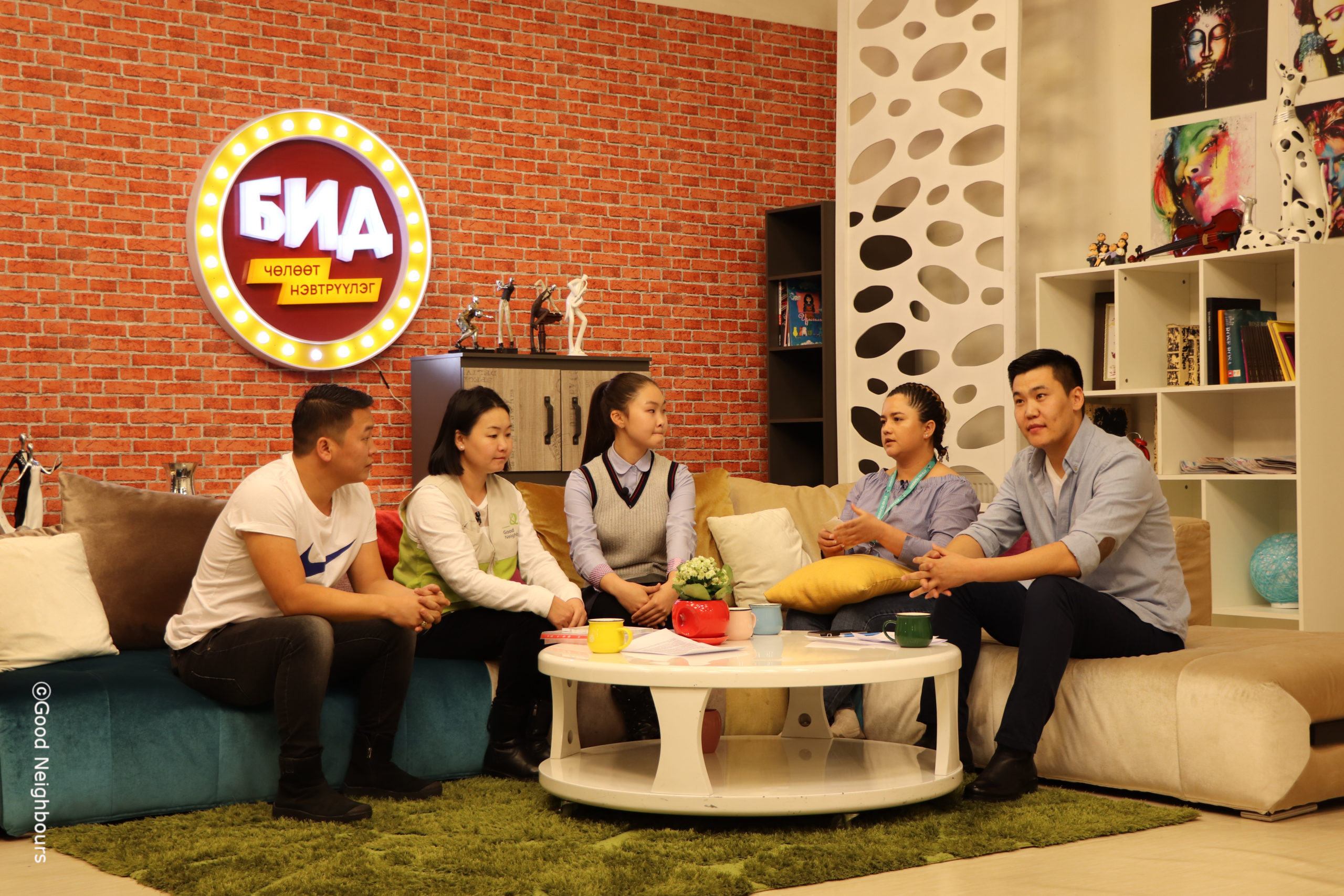