Since 2019, Good Neighbours International in collaboration with the Korean International Cooperation Agency, have been committed to bringing transformative change for the farmers of Kamonyi. 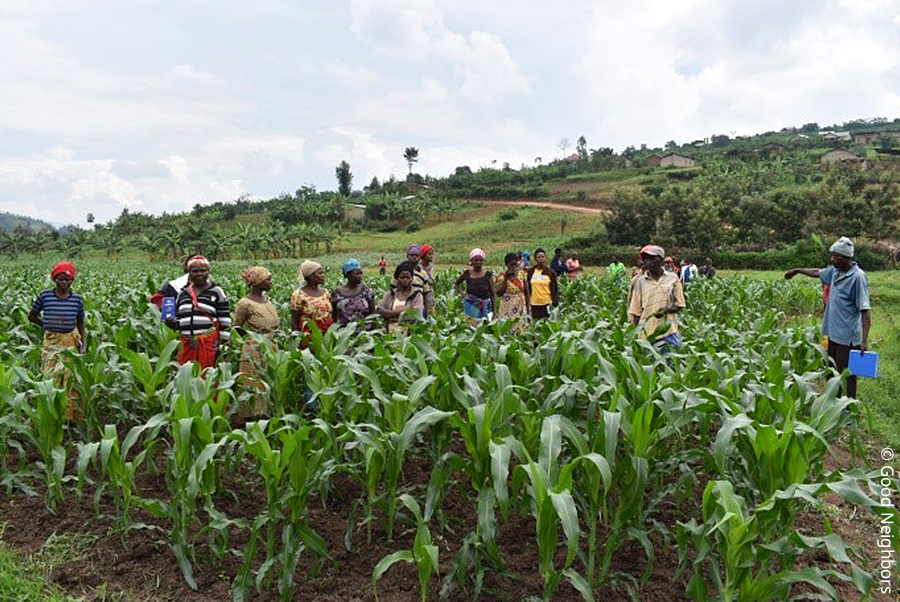 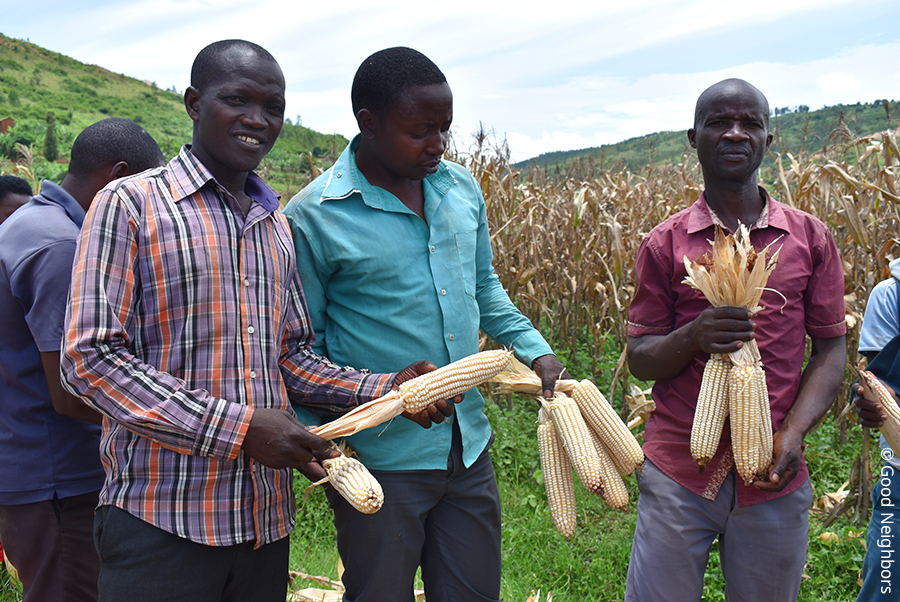 Through a public-private partnership project, the Farm Household Income Enhancement programme ensures residents adopt best farming practices with the support of agricultural mentors. Alongside this, Good Neighbours also laid the groundwork for building a drying plant for quality control of corn post-harvest.

These measures led to a 110% increase in corn production compared to the previous year and a boost in local incomes.

To enable sustainable income generation for the farming communities in Kamonyi district, Good Neighbours partnered with the farmer-led INDATWA union, providing trucks to support the smooth distribution and sale of harvest in the region.

Good Neighbours also led the way to creating a joint crop purchasing fund. This allowed residents to sell their crops at a fair price through the INDATWA farmer union which increased the income of resident communities in the long-term. 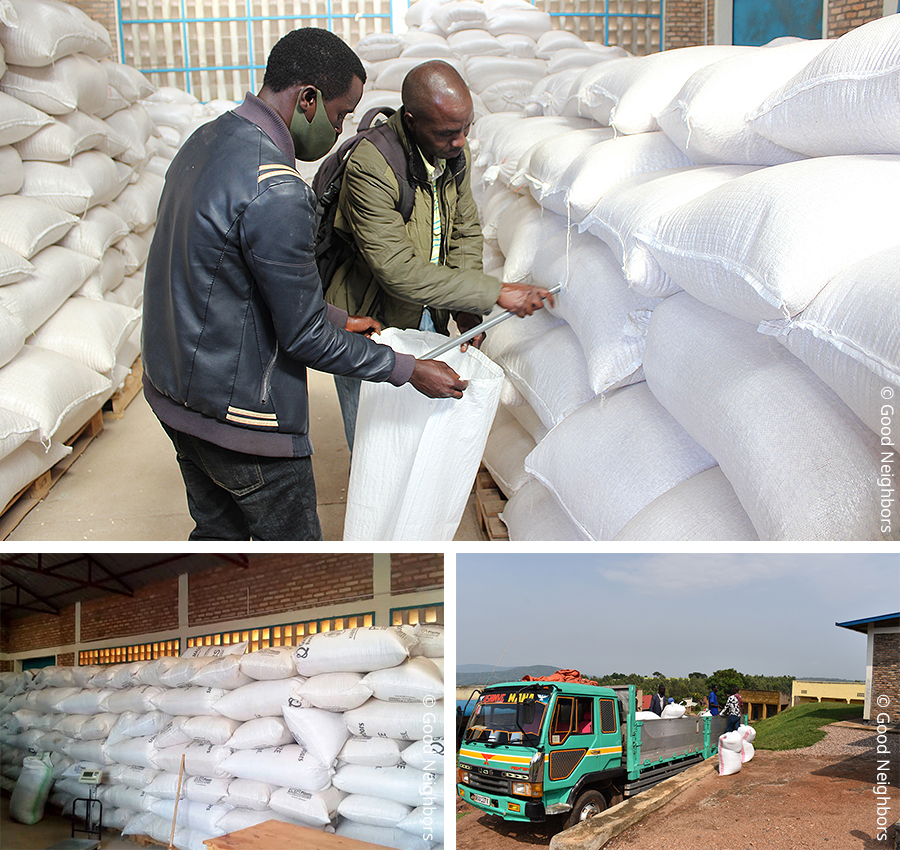 During the rainy season, the wetlands of Lubero in the Kamonyi district are prone to flooding and ground erosion. But during the dry season, water availability is reduced which impacts on the amount and quality of harvest in the region. In response, union members set out to improve the local road infrastructure, built irrigation canals and created sand inflow prevention facilities. They also built a number of small bridges to facilitate transportation and mitigate flood damage in the area during the wet season. 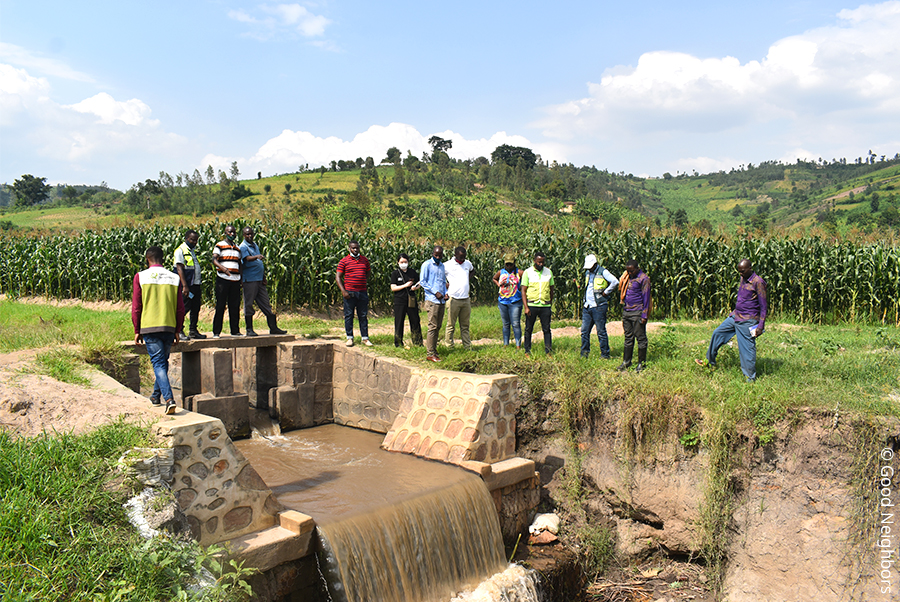 In collaboration with the INDATWA farmers’ union, Good Neighbours set up the Water Resources Committee, led and managed directly by farmers. The committee plays a key role in acting as an arbiter and preventing potential disputes arising over distribution of local water supply.

Good Neighbours will continue to work with local communities to become self-reliant, creating good change for the world. 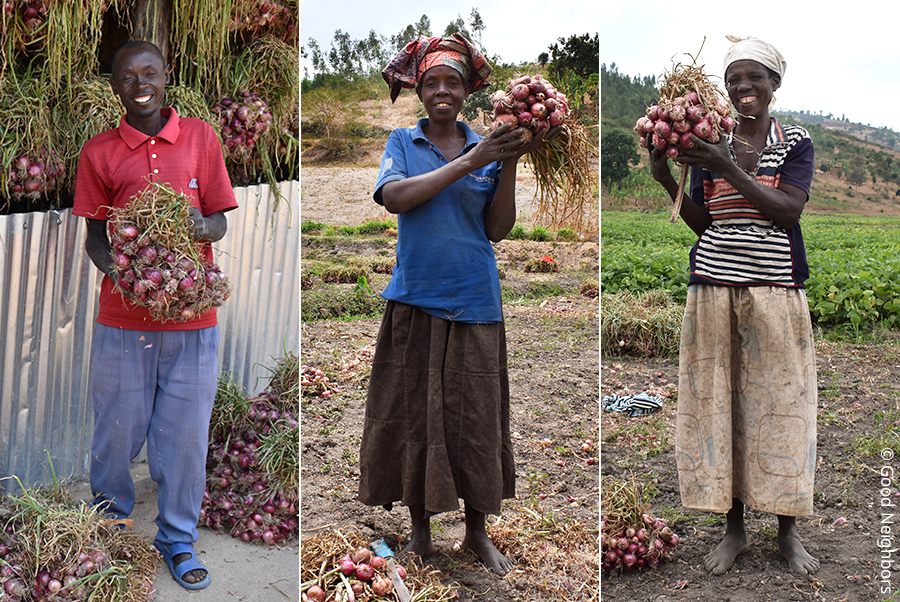