Home > News > From food to safe transportation and psychosocial support: How Good Neighbours is supporting relief efforts in Romania and in Ukraine

From food to safe transportation and psychosocial support: How Good Neighbours is supporting relief efforts in Romania and in Ukraine

According to the United Nations, since February 24th when Russian troops crossed into Ukraine, nearly 6.5 million people have been forcibly displaced while thousands of civilians have lost their life as the senseless attack on Ukraine’s cities continues unabashed.

In the midst of the ensuing chaos, families were torn apart and livelihoods destroyed along with vital infrastructure. Over 3.4 million people, mostly women and children, have fled Ukraine, seeking safety in neighbouring countries including in Romania, Poland, Hungary and Moldova. 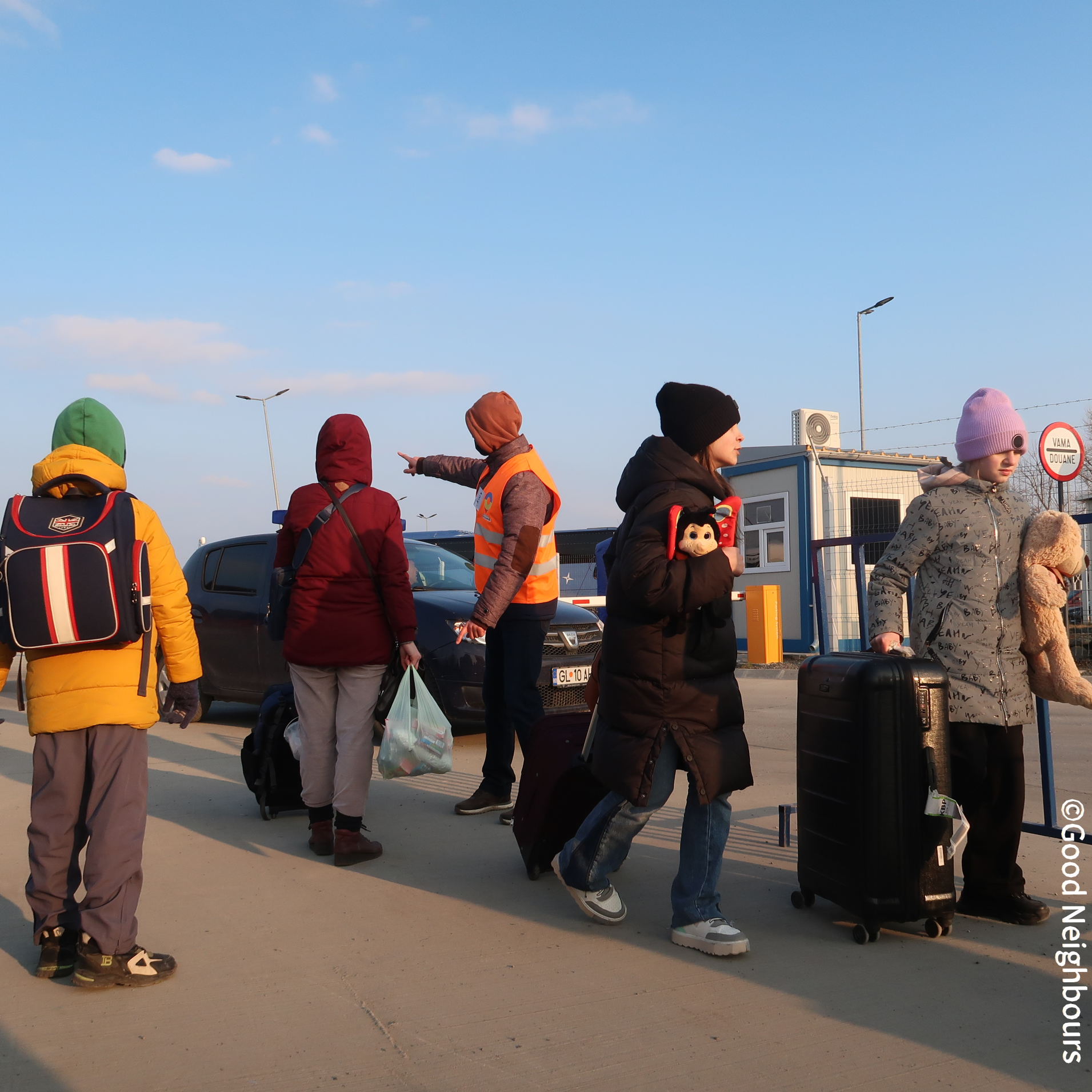 But not everyone was able to leave besieged cities. Ongoing clashes, the destruction of bridges, roads and water supplies along with lack of resources have left more than 12 million people stranded in cities across Ukraine, with more than 200,000 deprived of access to water in the Donetsk region.

In response to this rapidly unfolding humanitarian crisis, the Good Neighbours Emergency Response Team had distributed over 10 tons of flour, 1,15 tons of pasta, 4 tons of maize, 800kgs of cooking oil and 2,6 tons of sugar to people in Reni, Odessa. Plans are ongoing to distribute emergency relief directly to Ukraine via the Siret border.

In neighbouring countries, refugees continue to make headway to Moldova and then onwards to Romania where Good Neighbours, in collaboration with local partners, are tirelessly working to provide food, shelter, safe transportation and psychosocial support.

As a human rights organisation focused on mothers’ and children’s well-being, Good Neighbours has prioritised the safety of vulnerable families who are continuing their journey onwards to other European countries via Romania. In response, Good Neighbours are working with local bus companies to provide free, secure and regular transportation services on a daily basis for those who need to reach Bucharest. From here refugees can access international travel where friends or family living abroad are anxiously awaiting their arrival. Providing free, official transportation significantly reduces the chances of exposing young women and unaccompanied children to the dangers of human trafficking. 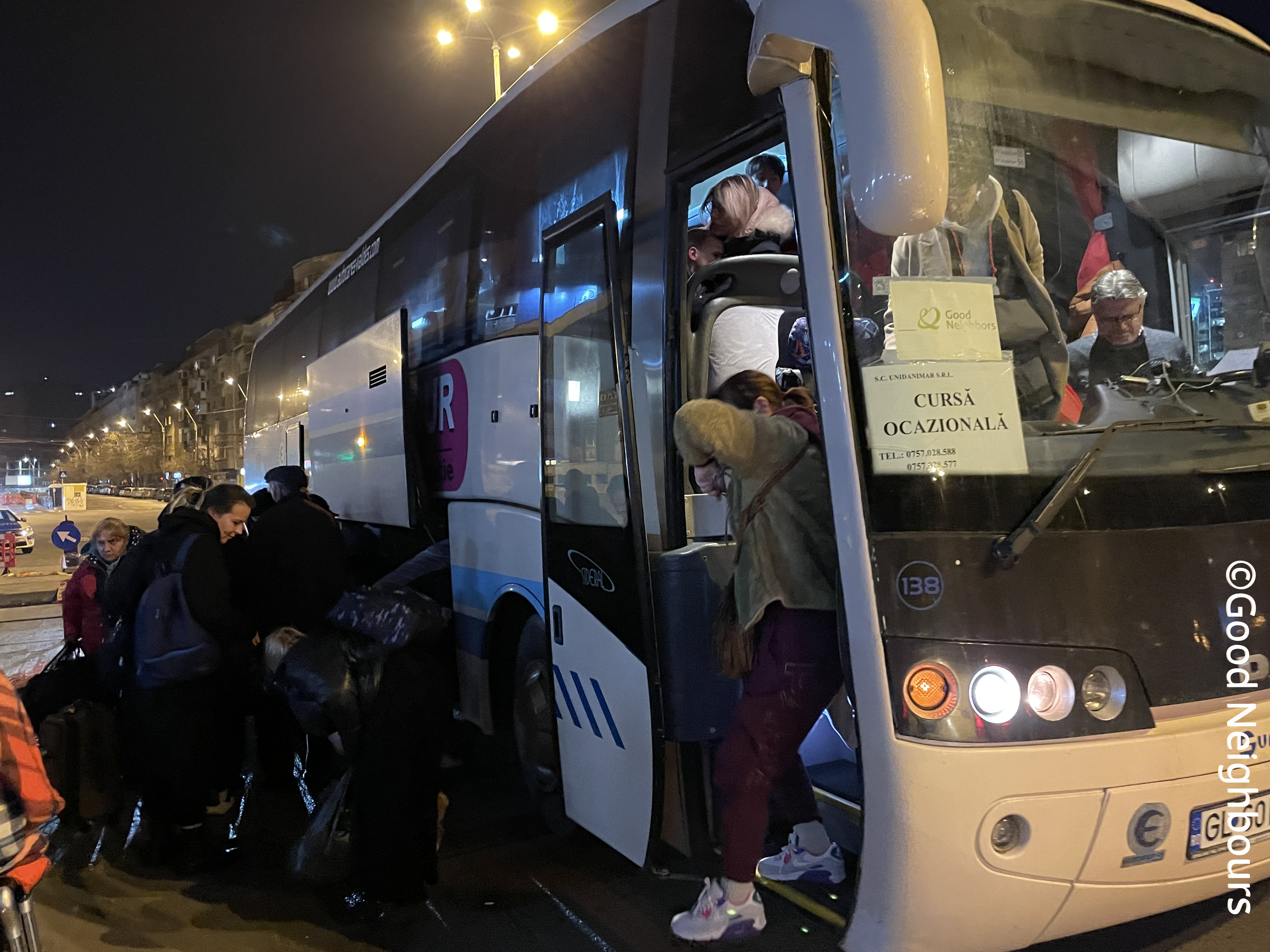 Additionally, for Ukrainians who are choosing to monitor the situation at home from Romania, Good Neighbours is cooperating with local organisations and NGOs, churches and the local government in the city of Galati to support the installation of refugee shelters and adequate accommodation.

Good Neighbours recognises the trauma and the emotional toil the war has taken on displaced families and in particularly on vulnerable children. In order to address this, the Emergency Response Team is working with local organisers to implement Child Protection Programmes that will provide much needed psychosocial support and child-friendly spaces. 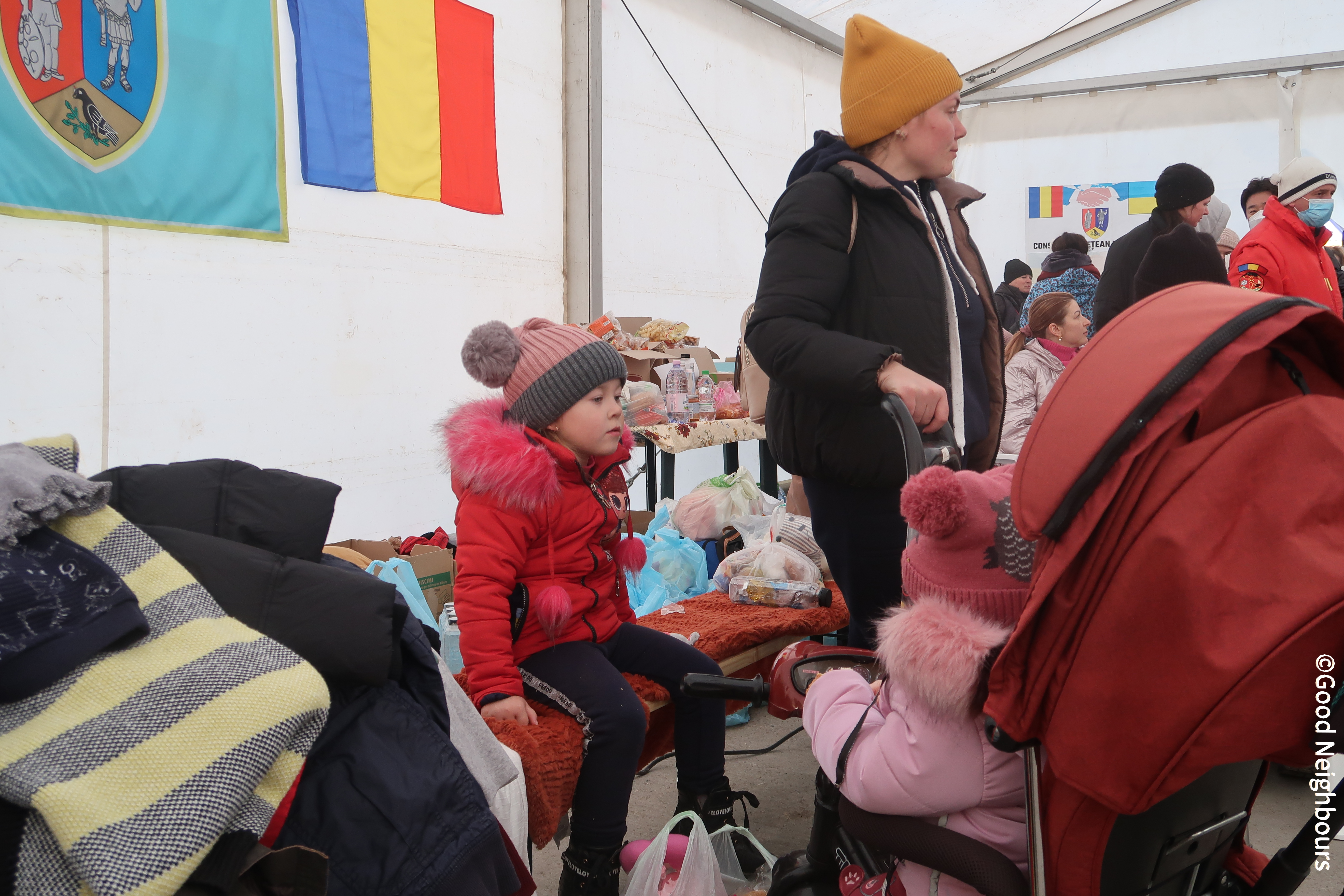 We urge you to DONATE NOW and continue to support our efforts on the ground in Romania and in Ukraine where the Good Neighbours is working closely with local partners to provide a safe haven for Ukrainian civilians fleeing war at home. Thank you for standing with Ukraine.